A Tucker mule saddle is made by Tucker Saddlery in Yoakum, TX. 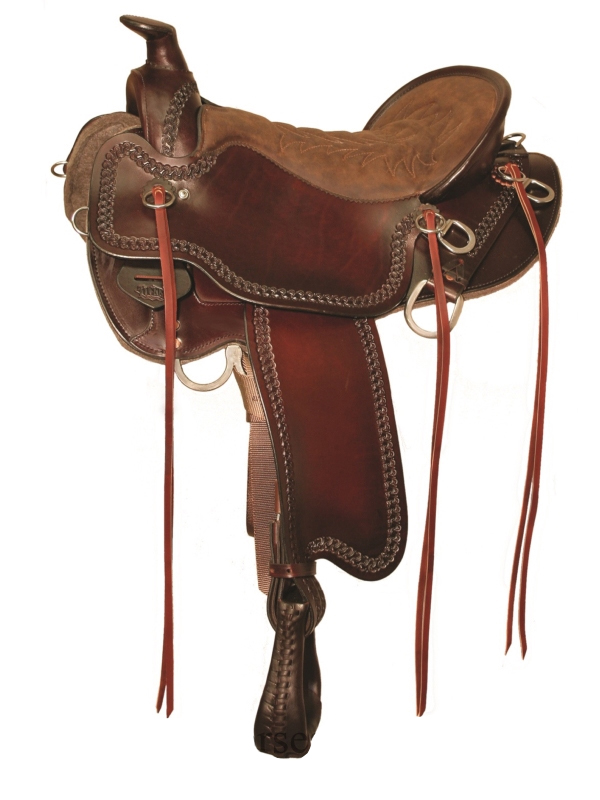 If you’ve never owned or sat in a Tucker saddle before you will probably want to take a look at their seat sizing chart to help determine what size seat you will need. That’s because most riders need a seat that is slightly larger in a Tucker saddle compared to most other saddles due to the padding in Tucker seats.

This chart, courtesy of HorseSaddleShop, can help you out: Tucker Seat Sizing Chart.

A Couple Of Cool Mule Photos

Below: This is a 1908 or 1909 postcard of riders on the Bright Angel Trail in the Grand Canyon in Arizona. While it’s tough to make out, we think the second and third animals (from the front) are mules. The first one appears to be a horse……but we’re not sure. Below: A guide in the Grand Canyon pauses with his mule. The mule seems to be outfitted with an A fork saddle. Photo circa 1908.

Image: From the 1908 book “Highways and Byways of the Pacific Coast.” No known copyright restrictions.