A Dakota mule saddle is:

Below are Dakota mule saddles for sale.

Below: A guide in the Grand Canyon National Park leads riders up Heartbreak Hill, a steep portion of the Bright Angel Trail. The guide and riders are all riding mules, which are often prized for their sure-footedness and endurance in rough terrain. 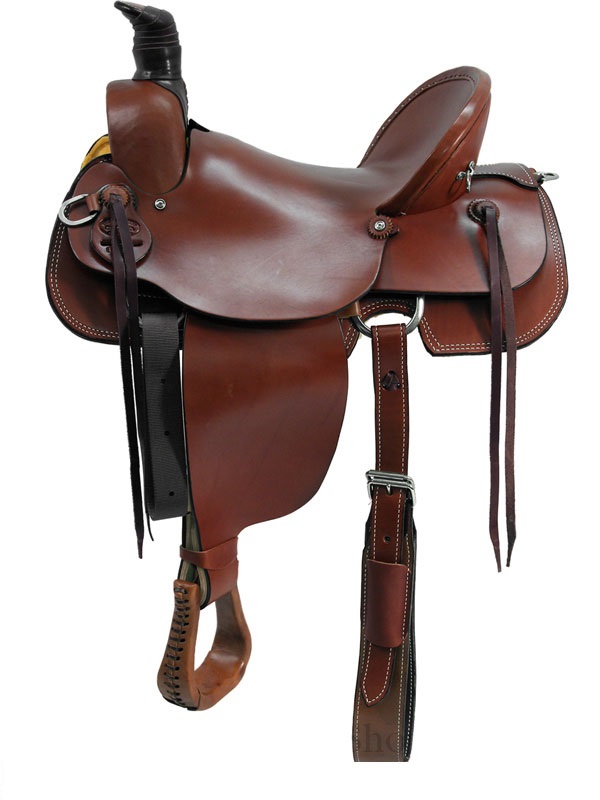 In the past we’ve noticed only the occasional Dakota mule saddle on eBay. If they have any, they can be seen below along with other saddles.

Mules and The Bright Angel Trail

The Bright Angel Trail is a hiking and riding trail in the United States that descends 4,380 feet into the Grand Canyon. It is just shy of eight miles long, or 10 miles if you include two common destinations (the Bright Angel Campground and the Phantom Ranch) at the bottom. It was originally used by Native Americans, but by the late 1800s it was also being used by other people, including miners. The miners saw the potential value of the trail as a toll road, took control of it and improved it, and began charging a toll for its use. After its formation in 1916 the National Park Service wanted to own and control the trail, which led to a long series of legal complications until they could formalize its purchase in 1928.

The Bright Angel Trail is steep and well defined, with numerous switchbacks and narrow areas. The National Park Service classifies the Bright Angel Trail as a “corridor trail” which means it receives regular maintenance and patrols by park rangers. It is known for its breathtaking scenery and is popular with both hikers and mule riders. It has sections of sun and shade (depending on the time of day) as well as natural water sources that encourage vegetation and possibles views of wildlife.

Mules rides along the Bright Angel Trail are world famous and are one of the trail’s most popular attractions. The last time we checked, the National Park Service states that mules and their riders have the right away on the trail. This includes such rules as:

Below: A group of riders ride mules down Jacob’s Ladder on the Bright Angel Trail in the Grand Canyon. Below: Wranglers on mules in the historic Bright Angel Trail mule corral, which dates from 1937.